More Americans are looking at their credit card bill and getting stressed by what they see.

The economy may be better, and unemployment may be lower. But that doesn’t mean American consumers are doing any better with their debts.

That’s according to a new survey of 1,000 people from the personal-finance company Bankrate. It found that 29% of Americans have more credit-card debt than they do emergency savings. And the problem is getting worse.

This disturbing trend is “evidence of a lot of the strain households are under,” said Greg McBride, the chief financial analyst at Bankrate. Some 41.2% of households carry credit-card debt and the average amount is $5,700, according to personal-finance website ValuePenguin.

Hourly pay is rising, now climbing at a 3% rate, after years of growing at just 2% or even smaller. But the cost of living is also going up. When adjusted for that, “real” wages actually have declined 1.3% since the end of 2017, according to a report from the salary comparison site PayScale.

The Federal Reserve also raised its benchmark interest rate in December. When the Fed raises rates, banks often follow suit and raise the interest rates on their credit cards, too, making any debt consumers have even more expensive.

This isn’t the first time data has shown Americans are under financial stress. Just 39% of people say they have enough savings to cover a $1,000 emergency room visit or car repair, Bankrate found in 2018. Savings vary widely by income level: the median American household held $11,700 in savings in 2018, while households in the top 1% by income had a median savings of $1.1 million.

At a time when Americans collectively owe more than $1 trillion in credit-card debt — a number that has been growing every year since 2014 — that adds up.

When the Fed raises rates, banks follow on loans and credit cards.

Throw in a government shutdown, which caused some government workers to take on debt temporarily, and the introduction of tariffs that have hurt some in the farming and auto industries, and you have a perfect storm of debt and little savings, McBride said.

Although 29% of Americans owing more than they have saved is alarming, conditions are right for them to start paying back debts when they can, McBride said.

“Economically, we’re not always going to be in such a good spot,” he said. “Now is the time to be paying down debt and boosting savings so you can better weather an economic storm, whenever that should arise.”

(If you ask economist Paul Krugman, it could happen soon.)

Of course, paying off debt is easier said than done.

Experts have found a few things that help.

Set up automatic payments from your paycheck, so you commit to paying back your debt each month, and you don’t forget when it’s due.

Try to refinance your debt, consolidate it, or transfer it to a credit card with a lower interest rate.

And save in any way you can, including trying a no-spend week, or even a weekend.

More Americans are looking at their credit card bill and getting stressed by what they see.

The economy may be better, and unemployment may be lower. But that doesn’t mean American consumers are doing any better with their debts.

More Americans are looking at their credit card bill and getting stressed by what they see. The economy may be better, and unemployment may be lower. […]
Continue Reading... 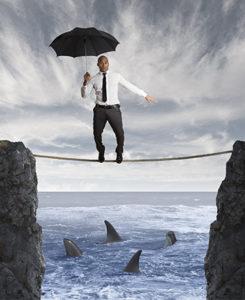 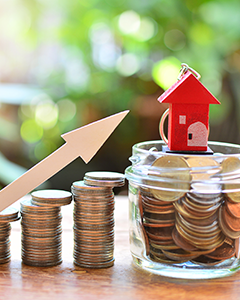